On November 11, while the rest of our nation was celebrating National Independence Day in Poland, the entire Golem team was at their computers, hard at work.

After weeks of planning, chatting with bloggers, communicating with the community, and coding, we were finally ready to launch the Golem crowdfunding event and really see if our mission resonated with the people we’re building it for.

Everyone was nervous. The question of whether or not we would even it our minimum was being discusses, beside cautious hopes that we’d hit our maximum in the first day.

This is a short recap of how we prepared, how it went down, and what we’ll be doing next.

Following that, we had three main things to prepare:

We published our draft version of the Golem whitepaper early, wrote blogpost explaining the design elements and economics of the Golem Network Token, and tried to communicate our plans, visions and ideas to the community as clearly as possible. We wanted it to be clear that the whole amount of collected ETH would be used following the budget plan in the whitepaper and that the GNT that was assigned to the Golem Factory would be used to finance the project until Iron Golem was live.

After listening to community feedback on the draft, we iterated the whitepaper to address thoughts & concerns, and published the release version.

Writing a token contract itself should be simple — it wasn’t.

Keeping in mind problems with The DAO, we decided to keep contract as simple as possible, having only necessary features and an additional migration mechanism that will allow us to add new features in the future.

At the community’s request, we put a timelock on developers’ tokens.

The token contract was intensively tested with unittest, and via test scenarios on Morden (testnet) and mainnet. There were also two external audits run by Jordi Baylina and Zeppelin.

We wanted the process of obtaining GNT to be as easy and as safe as possible. To this end we…

We’ve heard that some users may have problems with syncing desktop wallets. It’s still a time-consuming process that requires a good bandwidth, high uptime, and a lot of a disk space.

Therefore we recommended MyEtherWallet (MEW) as a preferred solution for non-experienced users. Usually it works like charm, is secure and easy to use.

We published the contract code around 18 hours before the crowdfunding block. MyEtherWallet developers added an autofill for the contract address to make the process easier for users, doubled the size of their nodes and increased the gas price to ensure the transactions get mined. The MetaMask team also contacted us to run some test with golem contract.

We had a full 3-weeks schedule of 4-hour shifts to make sure there would always be at least one team member monitoring progress, answering user questions, solving problems, etc… but everyone wanted to be there to see the countdown timer to start hit zero.

We prepared a “control room” in our conference room with a golem website displayed on a huge monitor and sit around it with laptops waiting for the starting block and listening to “The Final Countdown”. Team members from London to Thailand to Taipei were live with us.

In the first minute, the minimum cap was reached. We watched it happen & keep climbing with a mix of joy, amazement, and disbelief.

Then the problems started.

The slack and reddit post got flooded with comments about MEW ot working. Our simple, read-only, site become heavily overloaded too. We realized that the attention to our crowdfunding must be unintentially DDoSing our site and MEW’s servers. We found out later from Taylor that the main problem was in the number of json requests (200/s) which simply couldn’t be processed by parity working on the MEW backend.

29 minutes into the crowdfunding, the max cap was reached. We’d succeded at the level of our most optimistic hopes.

It probably would have finished sooner if MEW hadn’t been flooded with all the requests (due to the contract construction additional transactions were required to exactly match the cap). We ran finalize functions from our control room, creating additional tokens for Golem Factory and the team and enabling users to transfer their token.

We honestly did not expect that the crowdfunding would end so quickly, so we want to say sorry to all users that wanted to take part and didn’t succeeded. We should have known better, but things like that are really hard to predict.

Some people accuse MEW of not being prepared, which is unfair (and wrong). Tayvano and kvhnuk are doing amazing job for the community, delivering their great software for free, based only on donations. They also prepared themselves really carefully, and couldn’t have predicted the record number of people interested in the crowdfunding event.

It was our mis-step to point to a centralized solution as a recommended method, and we should have prepared more backup plans in our guides. Once again, we want to apologize the MEW team and all the users who didn’t manage to buy tokens during the crowdfunding.

Still — if it wasn’t for MEW, there would definitely be other issues. Maybe our site would crash (which it did, for short periods), maybe miners would stop processing transaction on time or just process only those with skyrocketed gas price.

When demand exceeds supply, there will be people who cannot get access to the thing in demand. With crowdfunding, it’s difficult to find the right spot between fairness, simplicity, and safety.

If you still want to own some GNT, you can purchase it from other users. We believe that token value should come from the value in the application and from Golem app itself, not from speculation. That’s the main reason why we haven’t decide to ask exchanges for adding tokens to their portfolio. But we never planned to hinder token transfers and we don’t mind exchanges integrating GNT.

EtherDelta prepared a GNT wrapper that allows trading GNT. A few users implemented their own smart contracts for selling GNT with a set price. GNT can be also traded on Liqui exchange and Yunbi.

We would like to thank all the people who took part in the crowdfunding, and express our gratitude to all of you who made it possible and supported us in our preparations with advice and motivation.

We’ve been a bit quiet recently because we are really busy with preparing a detailed work plan, organizing a workflow, recruitment, and governance of the Golem Factory. We still want to keep transparency rule so we will keep you posted with our development plans and new implemented features. We would like to slightly limit the time we spend on slack, so we encourage users to use our reddit as the preferable communication channel.

We still want to encourage you to join our testnet. Console interface is now available.

We also want to welcome a new scientist in our team, laureate of “TOP500 Innovators” program at the University of California, Berkley, Grzegorz Borowik Ph. D. He’s an optimization expert, author and co-author of over 80 publications. We really hope that he’ll help use with creation of efficient algorithms for Golem.

We’re still looking for brilliant developers ready to learn new technologies and create Golem with us. If you have experience with any of the technologies that we’re using and if you want to create golem computer with us — send us an email to contact@golemproject.net. 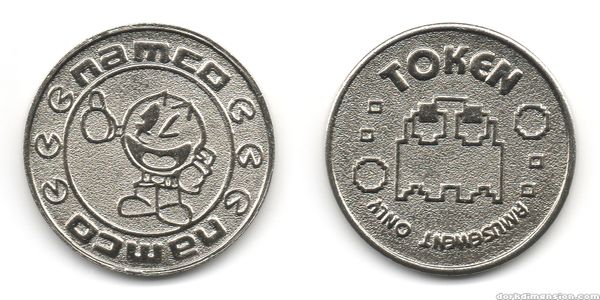 In order to understand the underlying mechanism behind the value of GNT, we should first emphasize the most crucial features of this token and its role in the Golem Network.

imapp was founded in Warsaw, Poland, in mid 2013, by Andrzej Regulski and me. This was a continuation of our work with the leading Polish thinktank Institute for Structural Studies (IBS), which I have co-founded in 2006 (and served for 6 years as a