Last year at DEVCON1, one of the presentations which stood out for me was Nanopayments on Ethereum, presented by Piotr Janiuk, one of Golem’s co-inventors. The idea is simple, elegant, and much amplified by the even bigger idea of Golem: a worldwide supercomputer being built on Ethereum, powered by any and every participating device on the network.

Over the last several months, I’ve spent quite a lot of time with the Golem team in Warsaw. As their software reached a proof-of-concept stage, the team, charged by a new realm of possibility, suddenly became much more serious about turning Golem into a decentralized application running on Ethereum. This isn’t an easy pursuit for a variety of reasons, and simply discussing the idea was an insightful experience.

The ethics of Golem are solid and fair. The Ethereum project will eventually see the release of Metropolis and Serenity, and with respect to the resulting EVM and Solidity changes, it would be “easy” to build, deploy, and sell a more controlled and centralized version of Golem. However, after months of deliberation, we finally reached the conclusion that now is the right time to breathe life into Golem as a decentralized service, open to all. On one hand, blockchain tech is still early, and there are many sharp edges which permissioned systems can insulate against. On the other hand however, the potential for a zero-downtime compute platform running alongside Ethereum offers orders of magnitude greater potential than a centralized software stack.

As a long-term Ethereum contributor, my passion is making peer-to-peer networking and cryptography more easily accessible to both application developers and “lay” people alike. This is the motivation behind my efforts in furthering technologies such as rlpx, webthree, and whisper (aka ÐΞVp2p). Golem is unquestionably one of the most exciting platforms that may make use of these technologies, and the team is committed to furthering their development. This will help everyone in the space to build more resilient and performant applications, full-stop. Thus, with a clear path towards better foundations of a more decentralized Internet, it is my pleasure to announce that I am joining the Golem team.

Hand-in-hand, Ethereum plus Golem are two pieces of a new movement towards a more trustworthy, and more censorship-resistant Internet. It will lead to the creation of new applications and new possibilities, which only a few years ago would have been well-nigh impossible. This is something I’m extremely excited to be a part of. 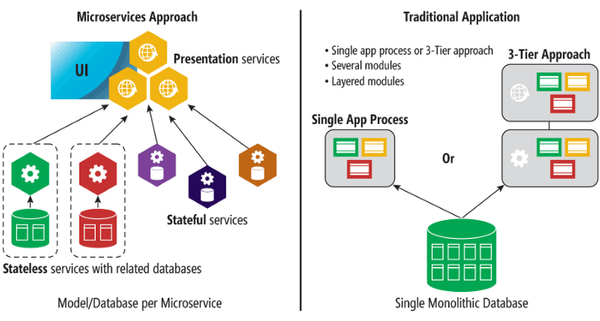 Microservices are all the rage right now, with investors so abuzz that there have even been venture capital-sponsored summits on the topic. But what exactly is a microservice? The good

It wasn’t just Schwarzenegger movies and great haircuts that made the 1980s so special: the emergence of the personal computer industry, and the mass-cloning of the IBM PC architecture in particular, enabled the software industry to flourish and grow, ultimately whetting cultural appetite