This week we’ll be going over our latest GitHub activity, and, for anyone who hasn’t seen it already, the Community Incentives Program (CIP) which also in part relates to our GitHub.

The CIP will be running for 6 months. Every two months, we will take it to Github to review the community activity there as well, as we’ll be awarding the community Task Force General 7000 GNT - and this particular category involves those active on Github. For more detail, an ideal Task Force General is described as “This person does it all, tech support, content creation, using/running a node, enthusiastic (extra points if you engage in Github)”.

With this update, we’re hoping it’ll be easier for you to gather up some bonus points and we’re excited for anyone to get involved! If you’re unsure where or how to start, read Phillip’s (/u/cryptobench on Reddit) perfectly worded comment on the CIP.

In the previous Golem GitHub Digest (#1) we did a brief summary of the purpose of each repository the Golem team has contributed to in the last 2 months. This week, we’ll be navigating through and diving deeper into more recent repos worked on.

This is where the bulk of development occurs for the Golem project.

In the latest Github Update, we provided some info on the repo, but we still need to explain the separate projects that lie within it before diving into specific issues being worked on.

The most prominent item in this repository is the PoC Demo for which the team showed a demo video of during the Ready Layer One event. Moving forward and looking at future milestones the team is working to achieve, we have the overall LWG Minimal Viable Product (MVP), dubbed The Next Milestone.

Market MVP is the other project organized within the repository which is a protocol with the goal of enabling discovery, negotiation, and agreement for New Golem

The team recenttly released a VM PoC in the Yagna repo which we’ll cover more later since it’s relevant to the next section.

The goal of this repo is to provide a lightweight docker-like execution environment for tasks. The team released it’s first pre-release and POC (v0.1.0) along with a corresponding VM PoC in the yagna repo (linked in the previous paragraph) to try out this Proof of Concept.

This is a Yagna plugin that allows the provider to execute WASI modules in a safe, sandboxed way. Work within this repository during the last two weeks was housekeeping chores such as creating a README outlining the purpose of the project, along with pointing to the main Yagna tutorial and outlining how to use the project as a standalone runtime (to execute Yagna-like packages). A simple harness for adding and managing end-to-end integration tests was added. There was also a bump to the wasmtime library to 0.18.

Since our last GitHub Digest, this repo this was also updated with a new README describing that net-p2p is a module that is responsible for network communication and discovery between Golem nodes.

That’s all of the interesting development updates we have for you this week. We’d love for you to have a deeper look and learn more about The Next Milestone, especially if you’re a developer and getting into open source development interests you. As in the introduction, in the CIP there are bonus points for those who get involved in GitHub. Come chat with us about it in our community Discord! Or anything else Golem related for that matter.

Finally, in case you wanna do your own research… some simple examples of what you can do to navigate through GitHub would be to go to the issues section and sort by labels you’re interested in. If you go to the Yagna issues section then click on Labels you’ll be able to do this yourself. Keep in mind that the term “issues” on GitHub often don’t refer to issues in the usual sense of the word, an issue can be a feature request, a UX improvement idea, a bug, etc.

For the next Golem GitHub Digest, we will start to focus and categorize more by individual significant changes the team is working on. If you have any questions, suggestions, or want anything in this update elaborated on then leave a comment. 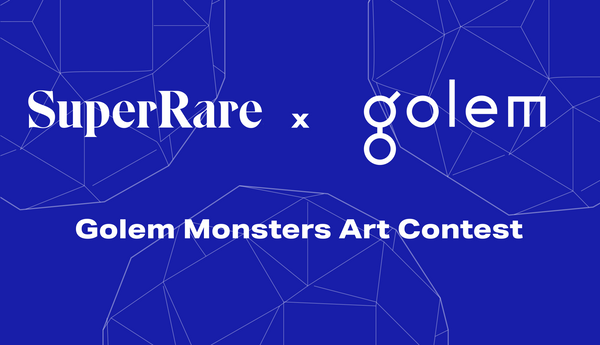 Hey! At Golem, we have an amazing community of people that have been with us for a long time. We’re the OG Ethereum Dinosaurs (Golem was first introduced at 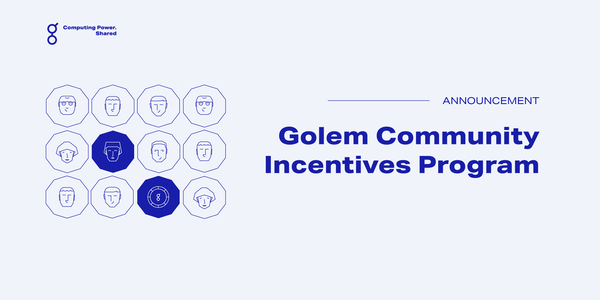 We’re excited to announce that we (the “Golem Factory GmbH”) are officially launching our Community Incentives Program (CIP).