Hi everyone, welcome to GitHub Digest #15. Since the previous GitHub Digest (#14) we released Beta 2 and a number of patches, with v0.7.3 being the latest and most stable version of the Beta 2.

The major release introduced the Service Model, and to go along with it and help developers get started building their own applications with services in mind, we made the Golem Services API and Service Model workshop video on Youtube (led by Kuba from our SDK team).

In GitHub Digest #14 we covered that we’d submitted Awesome Golem to the Awesome list, which has over 167k stars from developers on GitHub. Since then, Golem has been a resource added to the decentralized section of the list.

If you’re interested to join the other collaborators to Awesome Golem then we would love you to join in and create a PR, either directing to resources you’ve created or maybe there are resources that we might have missed that are relevant to the list. Anyone can get involved! :)

We’ve improved a lot of our testing, utilizing Golem Test Harness (Goth) and are catching issues easier than ever. For example, we’ve added Goth testing for new areas such as renegotiating proposals.

There have also been improvements to Goth itself with new versions including improved error reporting on timeouts in log monitors and some minor bug fixes. If you’re interested in Goth changes or potentially using it in your own Golem testing process, here is the repo and changelog.

Work on the next major release is on its way. We’ve been working on that ARM binaries will be built with releases, networking and much more! If you’re interested, you can quite easily watch some of this development (more-or-less) real-time by checking the beta.3 tag on the Yagna repository. There are some exciting features planned that we’re looking forward to sharing more on when they’re ready.

Something that’s not specific to GitHub although we’re still excited to share, in case you missed it, is our deep-dive into our collaboration with Allchemy and the LIFE@Golem project. If you’ve been a provider on the Golem Network for a while then odds are that your system has been rented to research the origins of life!

That’s everything we have for you in GitHub Digest #15. Don’t forget that the Golem GLM Rewards Program is running! Early next week we will be releasing the GLM Rewards Program awardees for July. To get involved in the program join our Discord chat, get involved on Reddit, tag us in interesting conversations on Twitter, or even throw some memes in Telegram. See you in the next GitHub Digest! 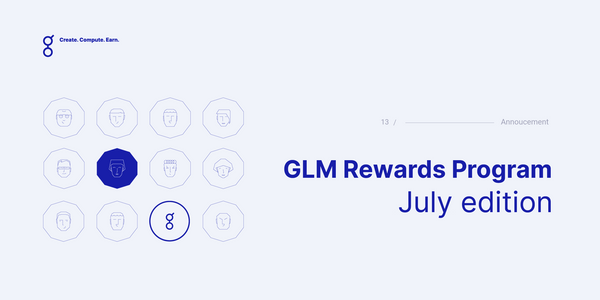 We’re back for this month's update on the GLM Rewards Program! Each month we offer rewards (in the form of GLM tokens, averaging 20k per month) to the community members that are getting involved in the ecosystem. 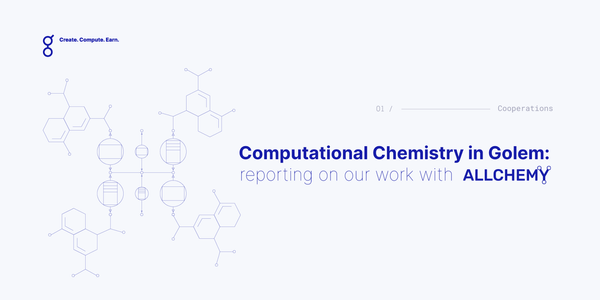 Get to know LIFE@Golem, whose goal is to find molecular components central to the origins of life, and based on Allchemy’s Life module. LIFE@Golem proves that Golem can be incorporated into research pipelines by scientific organizations, opening the doors for future collaborations.