Following the official Golem Mainnet Release, the patch addressing some of the most important issues encountered by the community has just come out. With the ongoing hackathon (until April 21st) with 30k USDC in prize we want to dive into what’s been going on around development.

There’s been a lot of changes to the GitHub, the project and the community since the release first came out. We had an initial patch release that most of the community (over 90%!) noticed and now we have the official patch announcement.

The 2nd patch release contains a single performance improvement, to increase the number of Providers, that can work for a single Requestor at the same time. The continuation of CHEM@Golem has actually been ported to the new network and is running.

For those of you who might have looked at the statistics from the bot in the Discord, you might have noticed that it’s rare there will be more than 30 providers computing at any given time, while the new network actually regularly has more than 110 provider nodes.

So we hope that this improvement will make it so a singular requestor can utilize a larger portion of the network at any given time.

If you have any questions about the research project then feel free to ask Marcin (mbenke) in the Discord. The main thing that we can’t give up too much information on is who’s involved in the project (we will be releasing more information on the topic in the future), other than that we’re happy to answer any questions.

We hosted a workshop for developers to explain how to get started and create your first application on Golem. You can view the recording here.

While not specifically in the GitHub, it is in the GitBook, and by that I mean the Golem Handbook. Since all the information is directly related to the Golem GitHub I’m going to highlight what the most important updates since it can REALLY help anyone participating in the Golem Network Mainnet Hackathon. We have three recently added resources that we want to share with you.

Firstly, you can get started creating your first, simple app on Golem with the Hello World easy first requestor tasks guide. The basis behind this is pretty self explanatory to any developer and we hope that it will help you get started building and using Golem.

Secondly, you can learn about how to test and debug a .gvmi image on your machine with the Golem debugging a Golem Image guide. The first time you create your image they might not always work and you need to know why. We created this to help guide you on your journey.

Thirdly and connected to the last resource, when developing applications on Golem, sooner or later you will get to a point where something is not working as expected. For that reason we've created the requestor Golem debugging guide for your applications.

We’ve tried our best to collect all feedback and suggestions from the community. Even outside of anything that’s already planned (we want to implement Provider Internet Connectivity!). We want to implement these ideas to the best of our ability. We have more bounties related to our payment driver (hint) and other hackathons coming up.

That’s everything we have for you in GitHub Digest #12. Don’t forget that the Golem GLM Rewards Program is still running! We recently released the awardees of February and the end of March is not far off. To get involved in the program join our Discord chat, get involved on Reddit, tag us in interesting conversations on Twitter, or even throw some memes in Telegram. See you in the next GitHub Digest! 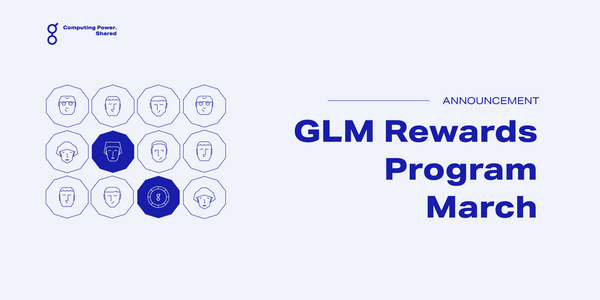 We want to promote as many ways as we can to get involved in the Golem project, even for non-developers. If you are a developer and you’re reading this, remember that you don’t need any blockchain knowledge to get started in the Golem Mainnet Hackathon. 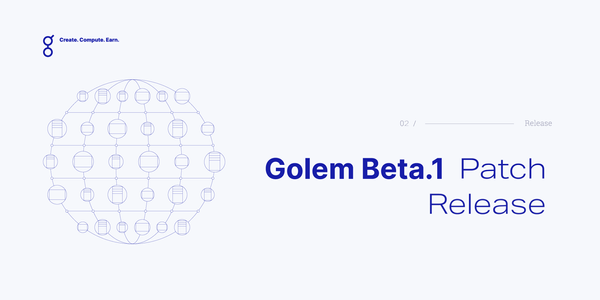 With today’s release, we’re focusing on addressing the most important issues while also adding a couple of minor functionality updates. This version improves the stability and security of our product and should make running Golem smoother for both requestors and providers.