Since the previous GitHub Digest (#9) the whole Golem team has been in Energizer Bunny Mode on every front. The GNT -> GLM migration was initiated and we made our migration audit public, along with making the contracts repo (gnt2) open. This is particularly important for Yagna and New Golem since it requires the new GLM token for a feature just now available in the form of the Alpha 3, among other features.

Shortly after, the Golem Online Hackathon was launched and we offered the knowledge base, our version of a  one-stop-shop for hackers in our GitHub Hackathons repository. If you’re looking for a team to build on Golem with then that’s the place to go! You can also find details of other participants, projects, bounties, etc. in the Gitcoin page.

To go alongside the Hackathon (focused on requestors), we also initiated provider bounties offering GLM to those who provide on Golem. You can track that and more in the GitHub issue.

Before we dive into the GitHub we also need to highlight the Golem Test Harness (Goth), Hackathon 101 and Q&A session. You can find more about that in this blog.

The amazing feedback during the Alpha 3 release, hackathon and bounties has provided us with valuable feedback and letting us come across strange behaviours such as requestors with errors such as: Failed to create allocation error, Invoices get stuck in "RECEIVED" status, Allocations are not always released.

Other issues we came in contact with were long computations frequently failing on providers. The fixes to improve on this have already been created in the YaJSapi repo. While there is no patch release yet, developers can still utilize the branch that fixes it already, here. The fixes included are: improvements to handling HTTP 408 errors and decreasing API timeouts and sleep duration to fix ECONNRESET error.

Relevant to the newly available Golem Test Harness mentioned earlier, our team has already begun utilizing the tool, for example for testing multiactivity. We hope that other developers will try out the tool to help make development of their own applications more efficient and enjoyable.

A new feature we’re building is to give users a notification when a new Yagna version is available. This is quite a common feature in any software, so naturally it will be included in Yagna.

If you follow the Yagna GitHub closely then you might have noticed that we have releases baking in the form of pre-releases, such as the pre-rel v0.6.0 a1. This is a process that we’ve been following for a few months now. Of course you’re welcome to try them out if you’re excited to get a better understanding of Yagna, however they won’t be supported and will not always work outside of anything testing related. Important major and minor releases will be shared on the Golem blog.

That’s everything we have for you in GitHub Digest #10. Don’t forget the Community Incentives Program is continuing. To get involved in the CIP join our Discord chat, get involved on Reddit, tag us in interesting conversations on Twitter, or even throw some memes in Telegram. See you in the next GitHub Digest!
PS in case you missed it, we now have a collection of resources in our new Awesome Golem list, check it out! 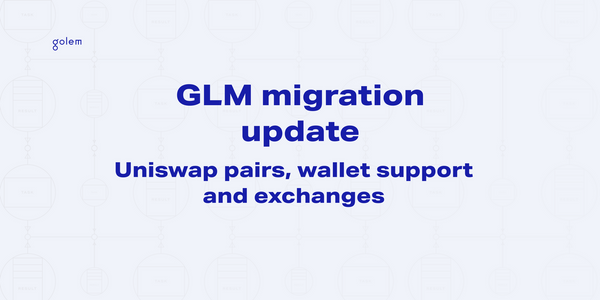 Happy ERC20 Golem Holidays everyone! As you know, on November 19th 2020 we launched the migration GNT -> GLM, and we’re very excited to see the response from 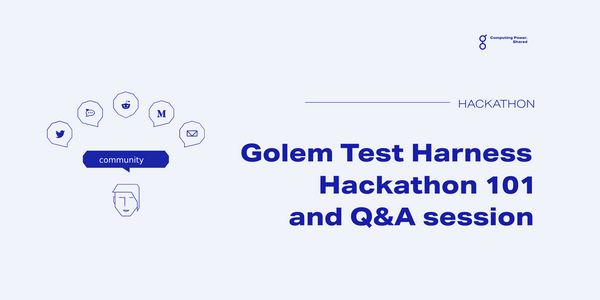 Goth has the purpose of speeding up your development process and making it more enjoyable, as a Golem app creator. Additionally, Kuba Kucharski recorded a workshop on Alpha III for the Golem Gitcoin Hackathon.