If we were asked to define 2018 with a single word, we’d probably spend all January thinking about it. 2018 was groundbreaking, hard, complicated, thought-provoking, powerful, drastic, confusing at times. However, 2018 was the year where, after a long time planning, coding, testing, and more, our Golem came to life.

In a nutshell, Golem launched to mainnet, more than 6 software iterations were released including the GPU integration. The team underwent a wide transformation concerning processes and project management, Graphene-ng was born and Golem Unlimited created. However, we understand that there is still a lot to do till we get to the ideal product that can change the face of cloud computing. In spite of this, the future looks bright and the team’s constantly improving the product towards this goal.

Let’s take a step back and see what we have achieved this past year in more detail.

When I started working at Golem (in January!), exactly a year ago, the mainnet launch date was still to be decided, as well as what would be launched live. Around February, after long team talks, it was decided that Julian would announce in the AMA session, that we were indeed ready for mainnet. The team had understood that to really diagnose and start solving the challenges we were going to face after launch, we actually had to take the leap. This “breaking out of the comfort zone” was key for the project and therefore listed as the first 2018 milestone.

In March our tech and operations teams were testing, days, nights and weekends, finishing audits, preparing the bug bounty competition and all that’s was on the checklist for the mainnet launch. Meanwhile, the Comms team wasted no time, we visited Asia, touring around Singapore, Hong Kong, Beijing, South Korea, and Tokyo to grow enthusiasm around the project.

Finally we did it! We went mainnet! The blogpost was ready, Coindesk had interviewed Julian and Viggith, apart from that we were going low key, because we did not know how the Golem would behave on the live Ethereum chain.

But, in a wave that for us, was stranger than fiction, the internet exploded. News sites were writing about us, translating the press release into so many languages that we lost count, /r/ethereum was simply overwhelming, memes were made…oh my god. We really did not see that coming. Our chat support had to troubleshoot and be available 24/7 for a couple of weeks, until we defined the most common issues and users started helping each other (big thanks!).

By May, we were already working with Invisible Things Lab and Joanna Rutkowska on Graphene-ng, now one of our flagship products (and another milestone), so our EDCON presentation hinted our activity on that front.

Graphene-ng was introduced in a insightful blogpost by Joanna in June. We are working on this product that can be a solution for many use cases in the decentralized ecosystem — this superlative piece of technology can be used to run any arbitrary binaries within an SGX enclave, providing high levels of security and data confidentiality.

Fast- forward to December, we’ve published two Graphene-ng demos (one of them featuring the PoC of the integration with Golem) and a slideshow presenting various possible use-cases. We have proven, so far, that arbitrary binaries can be run in Graphene-ng, without any specific tweaking. Even if we need more work before launching it, we are proud of the potential of this product and look forward to the future.

During the the first days of August, the team decided to unveil the new mid-term goals roadmap, introducing the new team structure that’s characterized by splitting the Golem workforce into various teams dedicated to diverse products, tools, and features giving the first hints about Golem Unlimited (covered in the next paragraph). The mid-term goals roadmap helped our users understand the new way Golem was going to work from then onwards, in teams, as the Agile transformation indicated.

October came along with a bang. Golem Unlimited, our product for medium to large hardware setups was revealed, along with the first PoC demo. Some weeks after, we open-sourced the Unlimited code, which is a milestone in itself. At the moment, Unlimited’s mining use-case is ready, while the product undergoes intensive development, and the integration with Brass is to arrive soon. We are eager to explore the wide potential of Golem Unlimited, whether combined with the wider Golem network, or stand-alone as an internal trusted network.

But that was not all that Golem did in October. Before DEVCON4 the team sprinted to release the first GPU integration for Brass Golem, marking, of course, the start of the road toward Clay, which will be introduced as a series of gradual upgrades to Brass. That same week, we announced that Joanna Rutkowska was joining as CSO (Chief Security/Strategy Officer). These news impacted deeply our actions at DEVCON4, as both, the infosec and blockchain audiences, were eager to learn more about this career shift for Joanna.

From November on, Golem has been improving Brass, working on our architecture for the Clay and Stone releases, finishing Concent, and much more. The second week of December the last iteration of this production line was released, meaning that Clay is getting closer.

Now, in January, we are focusing on Concent, Graphene-ng improvements, and of course, on the API.

Moreover, we envision being able to integrate the Brass Marketplace soon, which is at the moment under implementation in Brass, as one of the gradual improvements that will slowly transforming Brass into Clay. This feature integrates new marketplace mechanisms that are being conceived and studied by the R&D squad. The marketplace is not only a new way of choosing providers in the network, but also new market health monitoring options and a way to have more insights on how offers meet the demands in the network.

Finally, the R&D team has also been analysing new use-cases integration, both from the Pipeline and from our own findings. The first we hope to integrate is in-silico design of materials — chemistry computation. Also forthcoming, and in the R&D pipeline, are an integration of Webassembly and research on MPI computations. Additional use-cases as for instance video transcoding, are under research by the CGI team.

All these things I told you are coming, are simply part of a preview — for more, in usual fashion, you will have to wait to see what we have in stock.

For now, we would like to reiterate our big thank you to our community, the wider Blockchain community and The Team for all the efforts, the support and a great 2018. The milestones achieved in 2018 were significant, and in 2019 we plan to live up to those standards. Let’s have a great 2019, and work together towards a better and decentralized future! 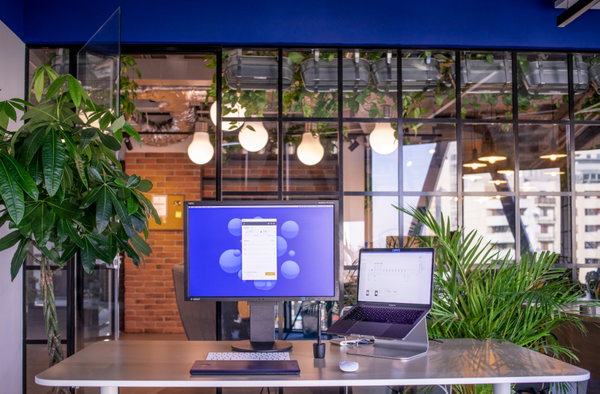 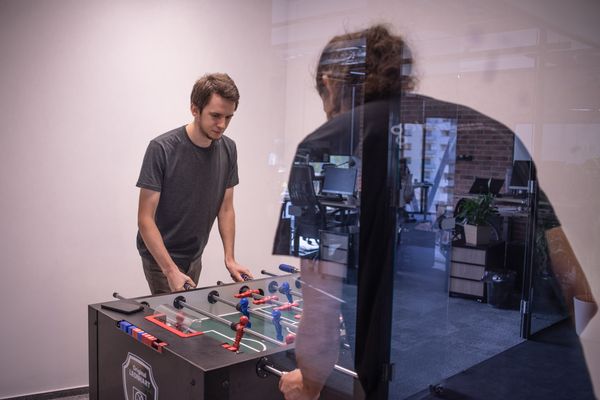